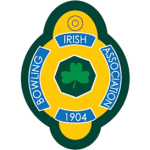 Our Championships representatives travel south later this week to participate against their kindred Associations champions in the Irish National Finals, hosted by the BLI, on the synthetic surface at Dun Laoghaire Bowling Club this Friday and Saturday.  In the Semi-Final clashes on Friday, it’s an early start for Nathan Minish, Portadown who’s pitted against W […]

Congratulations to Whitehead ‘B’ on lifting the IBA Junior Cup, thereby making club history, after a thrilling finish against fellow Association side Banbridge ‘B’ by a narrow 80-74 margin. Unfortunately, it was an afternoon of mixed fortunes for the Whitehead Club, with both Seniors and Juniors playing next door to each other on the greens […] 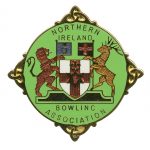 Double congratulations are in order to the ‘pirates of Whitehead’ with both their Senior and Junior sides reaching the final stages in their respective IBA Cup campaigns today. Whitehead overcame a very close encounter with fellow association side Balmoral by a mere 6 shot victory (76-70), while Whitehead ‘B’ cruised pass Larne ‘B’ in a very […]

For those NIBA competitors wishing to avail of practice before the IBA National Championships Finals, the Dun Laoghaire green will be available as per schedule [Practice Schedule] Please make any additional requirements directly with Dun Laoghaire BC. 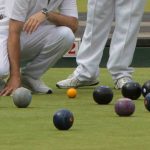 Would competitors and spectators please note, the scheduling for Finals at this years Championships is now available at [Championships – Finals]

The following have been selected to represent the NIBA in the 5 Man Inter-Association Series to be held at Belmont Bowling Club on Sunday 12 August 2018 in the following disciplines;